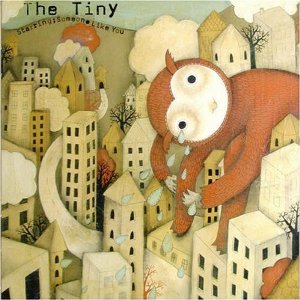 [1]The Tiny are a Swedish threesome who formed in 2002, comprising of… well, basically a piano, cello and bass. You might imagine that the prospects of variety among these instruments are quite limited and, well – you’d be right. The group’s second album (the follow up to 2004’s commercial flop Close Enough) strains to vary itself and while the extra orchestration drafted in by producer Christoffer Lundkvist (his studios are called ‘Aerosol Grey Machine’. At least this album has something going on for it) do have limited success, the overall picture is of an offering that sounds like the same track nine times.

The only saving grace is the appearance of Ed Harcourt on ‘Sorry’, which could be a reasonable single in the making but is more likely to appear on an artsy mobile phone advert. There’s some promise here, but it’s a niche market that The Tiny are after, I, for one, am not in it.